At Spring Street Financial, our experienced team is committed to providing a personal experience and exceptional customer service to each of our clients and their families. Your planning will be thoughtfully guided by professionals who have worked to obtain the most respected academic designations in the field. 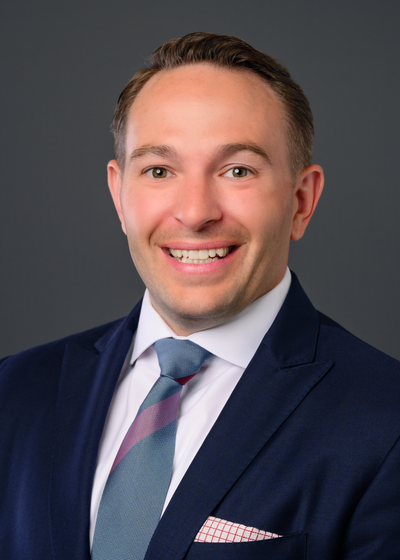 Ryan Hungershafer began his career with Northwestern Mutual as an intern in 2002 and serves as Partner & Wealth Management Advisor for the Spring Street Financial Team- a founding member of Northwestern Mutual’s Private Client Group.

During his tenure with Northwestern Mutual, Ryan has met rigorous professional standards and achieved some of the highest designations and certifications in the industry including, CFP® CLU®, ChFC® and AEP®. Ryan is a 10-time Forum qualifier, Million Dollar Round Table Member, and OARS qualifier 2019-2021

Ryan holds a Bachelor of Science in Finance from Siena College and is still an active alumnus and donor. Ryan serves as Vice President of Board of Directors of the New York Chapter of Folds of Honor and sits on the Development Committee of the Albany Medical Center Foundation.

In 2019, Ryan was awarded the Albany Business Review’s 40 under 40 Award celebrating emerging leaders who demonstrate business acumen, leadership skills and community involvement.  Ryan is also a proud recipient of the 2022 Northwestern Mutual Community Service Award recognizing the leadership of its financial advisors who are making a difference in their own communities through exemplary volunteerism for his work with Folds of Honor New York.

Ryan is a lifetime resident of the Capital Region and resides in Clifton Park with his wife, Marisa and son, Jack. 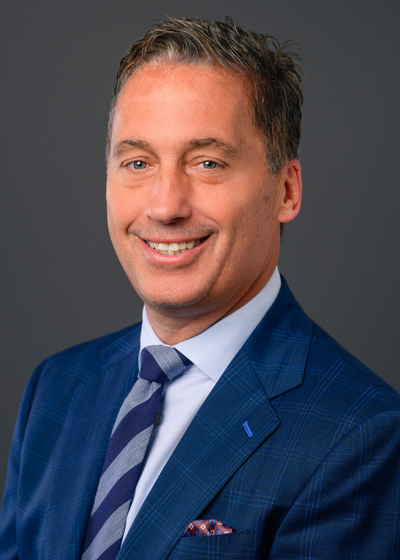 During his over 30-year tenure with Northwestern Mutual, Peter has met rigorous professional standards and achieved some of the premier designations and certifications in the industry including CFP®, CLU®, and ChFC®.  Peter has earned numerous prestigious company honors including Million Dollar Round Table Member, Forum- 2003, 2013 and 2019 as well as Financial Security- Top 100 Award in 2013.

Peter holds a Bachelor of Science degree in Finance from Siena College where he served as a past member of the Board of Advisors and remains an active alumnus and donor. Peter serves on the Board of Directors for Big Brothers Big Sisters of the Capital Region and is very active with the American Cancer Society, participating in their “Real Men Wear Pink” Campaign 2019-2021.

Peter is a lifetime resident of the Capital Region and resides in Saratoga Springs, NY. He and his wife Denise have four children- Caitlyn, Brandon, Ryan and Jensen and two grandchildren- Brody and Camden. 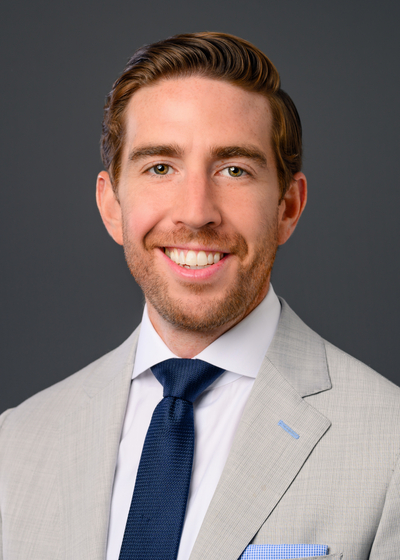 Dan began his career with Northwestern Mutual as an intern in 2009 and serves as Partner & Wealth Management Advisor for the Spring Street Financial Team.

Dan holds a Bachelor of Science degree in Finance from Siena College where he remains an active alumnus and donor. Dan currently serves on the Board of Directors for Big Brothers Big Sisters of the Capital Region and donates his time and treasure to numerous community organizations including Albany Medical Center and Alex’s Lemonade Stand Foundation. Dan is a lifetime resident of the Capital Region and resides in Albany, NY with his wife, Natalia and dog, Manny. 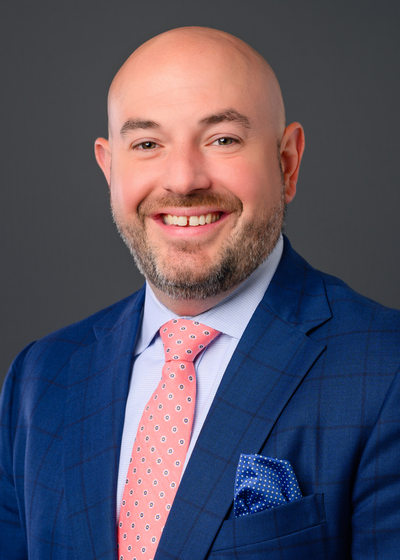 Eric is a 2005 graduate of Siena College with a B.A. in Marketing and Management. He began his career with Northwestern Mutual in April of 2005. Eric holds certifications as a Charter Leadership Fellow as well as Certification for Long Term Care and Life, Accident and Health Insurance license.

Eric is a lifetime resident of the Capital Region and actively involved in the community. He is the founder and chairperson for the Annual Siena Men's Lacrosse Alumni Weekend & Golf outing. He serves on the mentor council for Capital Region Sponsor A Scholar, as well as being a mentor. Eric is an original member of the Siena College School of Business Advisory Council, while also serving as an active member of the College's Board of Advisers. He currently resides in Cohoes, with his wife Amy and three daughters Ellie, Quinn and Harlow. 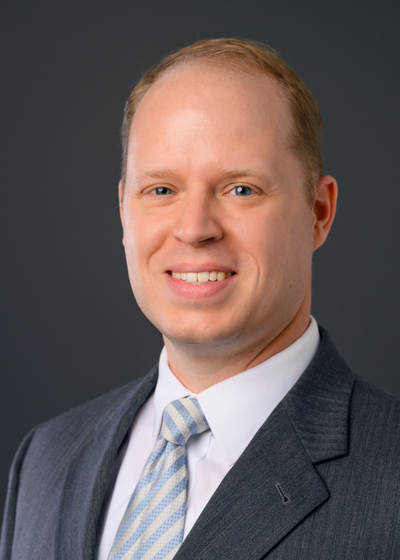 Tom graduated from St. Lawrence University in 2000 with a B.S. in Mathematics and in 2008, earned his J.D. from Albany Law School. Prior to joining the Spring Street Financial team, Tom worked for Northwestern Mutual as Financial Representative. He is a CERTIFIED FINANCIAL PLANNER™ professional and holds a NY State Life, Accident, & Health Insurance license, as well as the Series 7, 6 & 63 investment licenses and the Chartered Life Underwriter, Chartered Financial Consultant, and Retirement Income Certified Planner designations from the American College of Financial Services.

Tom is originally from Manchester, NH and lived in northern New York and Baltimore before moving to Albany in 2002. He is an avid runner during the warmer months and enjoys playing hockey throughout the winter. He and his family live in Guilderland, NY. 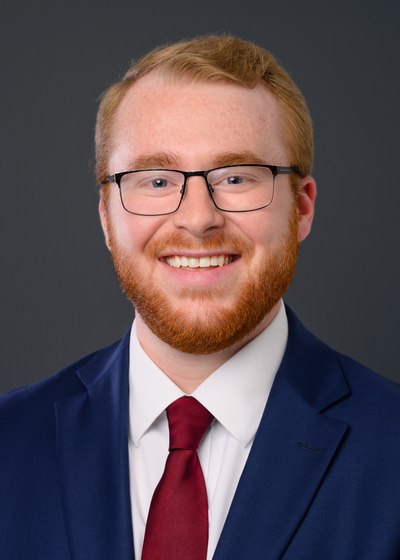 Christian graduated from Rensselaer Polytechnic Institute in 2016 with a Bachelor’s degree in Business and Management. He started his financial career with Northwestern Mutual in 2018 and currently holds his Life, Accident and Health Insurance license and the Series 7 licenses.

Christian calls upstate New York home, growing up in Corinth and currently living in Glens Falls with his wife, Aliceanne and new daughter, Lucy. Besides work, he enjoys time spent with family and friends, traveling, golfing, and hiking in the Adirondacks.

Andrea is an Associate Wealth Management Advisor and the Director of Planning & Logistics for the Spring Street Financial team. Andrea began her career at Northwestern Mutual in 1996 and guides clients through all phases of the financial planning process.

Andrea has earned her CLU® and ChFC® designations and holds the Series 7,6, and 63 investment licenses. She also has her Life, Accident, Health and Long-Term Care insurance licenses.

A lifelong resident of the Capital Region, Andrea currently lives in Schenectady with her husband, Justin. Outside of work, she enjoys traveling and visiting her daughter, Jayde, in Massachusetts. 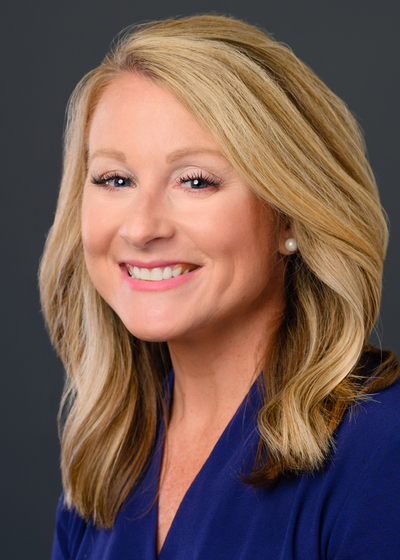 Courtney joined Northwestern Mutual in November 2018 as Director of Marketing & Business Operations. In her role, Courtney is responsible for managing operations of the Albany District Office as well as marketing and business operations for the Spring Street Financial Team. Courtney began her career in television and radio for PBS and has held roles as Chief Marketing Officer at Northwestern Mutual, Director of Corporate Relations for the Palace Theater and Foundation & Community Relations Manager for M&T Bank.

Born and raised in the Capital Region, Courtney received her B.A. in Communications at Marist College in Poughkeeepsie, NY. Courtney is actively involved in the community and is a board member of the Homeless and Travelers Aid Society and committee member for Park Playhouse Productions. Courtney is a 2011 graduate of the Capital Region Chamber’s Leadership Tech Valley and served Co-Chair of the program from 2017-2019. Courtney resides in Latham, NY with her husband, Peter and children- Avery and Grayson. 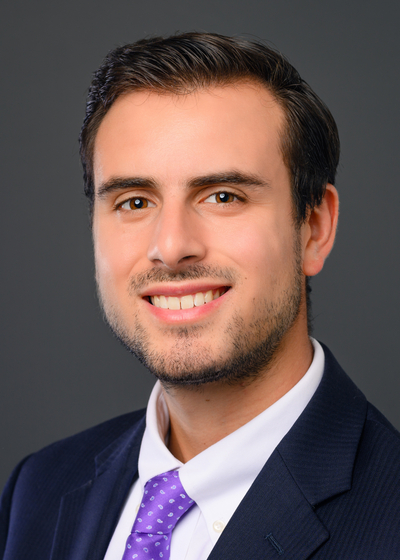 Connor joined Northwestern Mutual in January of 2020 as Director of Investment Operations. Prior to joining Northwestern, Connor was an Associate Financial Advisor with Ameriprise Financial. Connor holds both the Series 7 and 66 licenses, NYS Life Accident and Health license and has earned the Chartered Retirement Planning Counselor designation from the College for Financial Planning. Connor graduated from Siena College in the Spring of 2018 with a B.S in Finance.

Connor is an avid sports fan, growing up playing basketball and tennis and enjoys supporting the Siena Saints Men’s Basketball team. In the warmer months, Connor spends his free time outdoors on the golf course and in downtown Saratoga Springs. You can also find him visiting the beaches of Cape Cod with his family. He enjoys volunteering for the Regional Food Bank of Northeastern New York and supporting the local community. 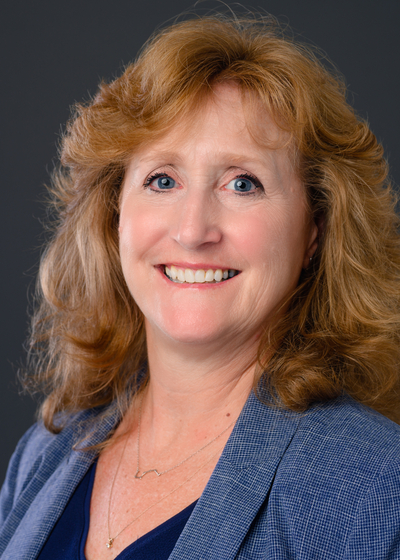 Linda joined Northwestern Mutual in October of 2014. Her prior experience includes many years in the computer programming field. She holds a NYS Life, Accident & Health License. Linda graduated from the University of New Hampshire with a B.S. in Mathematics.

Linda is an avid Rangers hockey fan and 'retired' hockey mom. Linda’s son Chris is a Project Engineer in Brooklyn and her daughter-in-law Michelle is starting her PA career in NYC. Linda’s daughter Lauryn recently received her Master’s in Athletic Training from the University of Alabama where she was the Women’s Volleyball Athletic Trainer, and she will be starting PA school in New Hampshire next year. Linda looks forward to spending time in Cape Cod and Lake Placid and with her Labrador Molson. 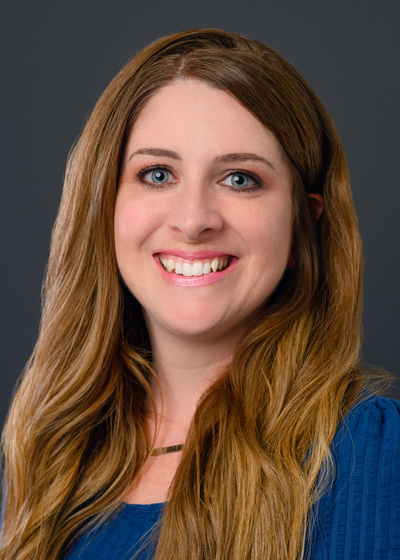 Jennifer joined Northwestern Mutual in October 2020. Prior to joining the Spring Street Financial Team, Jennifer spent four years as an Office Administrator and Executive Assistant with a financial firm in Selkirk, NY. Prior to that, she was employed at an Albany based surgical practice for twelve and a half years scheduling sensitive radiology and surgical procedures, among other duties, as needed.

Jennifer is a lifelong resident of the capital region, where she currently resides with her husband and daughter. If she’s not spending time with her family, Jennifer enjoys weightlifting, crafting, writing, and adding to her slowly expanding boot collection. 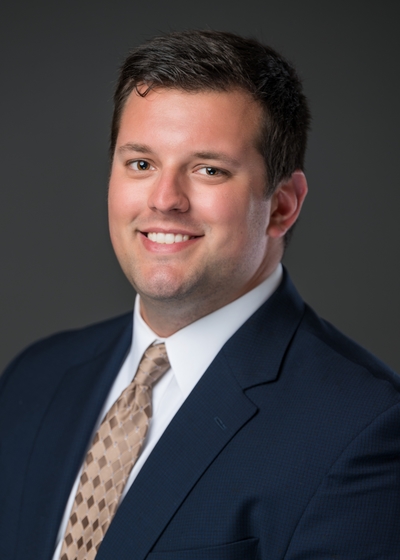 Michael joined Northwestern Mutual in June of 2020. Michael holds his NYS Life Accident and Health license. Michael graduated from Cornell University in the Spring of 2020 with a B.S in Applied Economics and Management with a concentration in Finance.

Michael was born and raised in Saratoga County. He is an avid sports fan, growing up playing basketball, baseball and played football for Cornell University. In the warmer months, Michael spends his free time outdoors on the golf course, at the lake and in downtown Saratoga Springs. 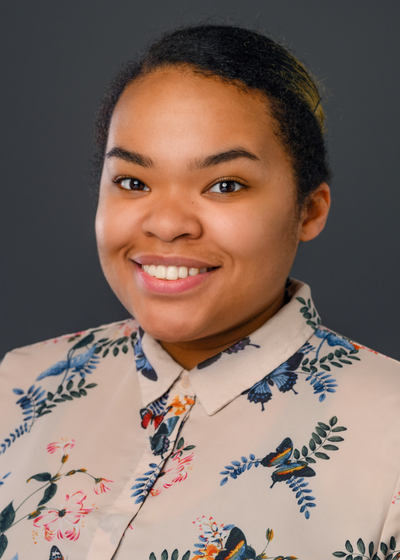 Kessie joined Northwestern Mutual in August 2019. Prior to joining the Spring Street Financial Team, Kessie spent 5 years in planning and logistics for a tile company.

Originally from Brooklyn, NY, Kessie came to Albany, N.Y. to study American History at SUNY Albany. She loves reading and gathering knowledge more suitable for a Trivial Pursuit game than a history dissertation. 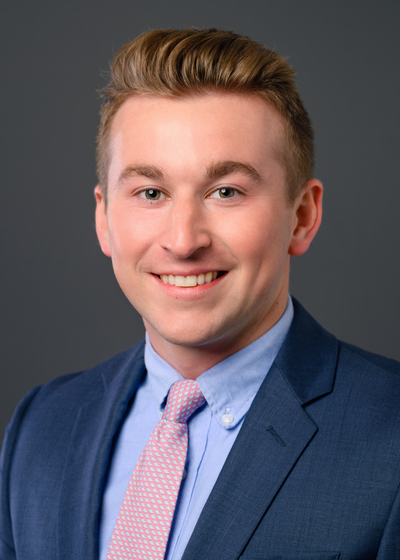 Carter grew up in Latham, NY and graduated from Siena College in the Spring of 2020 with a B.S in Marketing. In the warmer months, Carter spends his time in Lake George, NY enjoying the lake with family and friends. 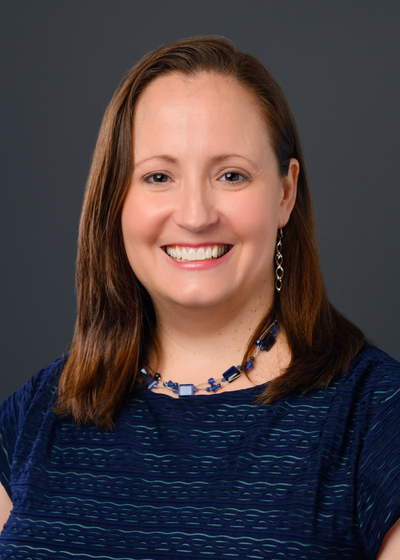 Sarah joined Northwestern Mutual in March 2020. Prior to joining the Spring Street Financial Team, Sarah held administrative positions at several Capital Region businesses, including a music school, a recruiting firm, and a public health non-profit. Sarah graduated from the University of Tampa with a B.A. in English.

Born and raised in Saratoga County, Sarah enjoys reading, writing, camping in the Adirondacks, and vacationing in Vermont and Maine with her extended family. In her spare time, Sarah takes a weekly ballet class and is an active member of a book club, a Bunco group, and the young adult group at her church. 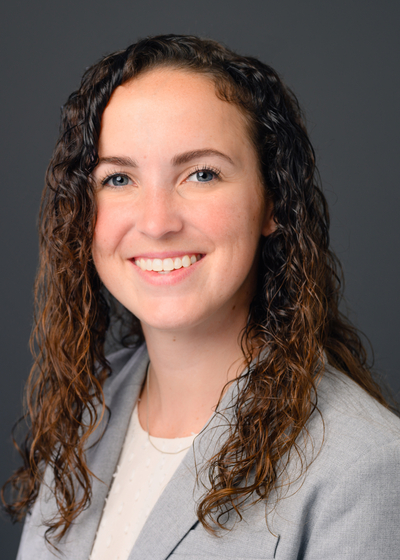 Kiersten joined Northwestern Mutual in August of 2020. Prior to joining Spring Street Financial, Kiersten spent 5 years within Social Services, serving as an educator for families and children.

Kiersten was born and raised in Schoharie County, receiving her master’s degree in Education from Walden University. Kiersten enjoys hiking in the Adirondacks and is working to become a 46’er.